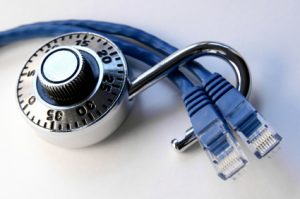 On November 11th, Microsoft released a patch for a previously unpublished exploit in the Windows and Windows Server operating system. It corrected an issue where an attacker could modify packets sent to a vulnerable system and gain unauthorized access. Once the system is compromised an attacker would be able to execute code remotely, even without an authorized account on the system.
Put simply, If a user were to use Internet Explorer to visit a compromised website the system could potentially receive specially-crafted code while the website is loading that would allow an attacker to gain unauthorized access to that system.
This is also called a drive-by exploit.

It patches a vulnerability in the Microsoft Secure Channel (Schannel) security package in Windows. The exploit was disclosed to Microsoft privately by researchers at IBM, so there is no data to indicate weather this has affected customers before the patch, but Microsoft believes it has not. All supported versions of Windows and Windows Server should receive this patch via Windows Update. Windows XP and earlier versions of Windows are no longer supported, and should be considered insecure. The exploit is known to be active in the Windows operating system as far back as Windows 95.

What InfoTECH Can Do?